I TRIED IT! Putting the American Wave in my Hair
A Young Life Stolen
CoolSculpting Part 3: The Results!
CoolSculpting Part 2: The Recovery
Eat, Drink, and Be Merry in Harrisburg and Hershey, Pennsylvania
Sorting Out the Timeline in the Netflix Original DARK – Season 1
CoolSculpting Part 1: The Procedure
Surviving and Thriving on the 21 Day Keto Reset Diet
Lessons Learned from My Thyroid
Big Apple Circus Makes It Okay to Love the Circus Again
Movies

This post is part of my compensated role on the Fandango Family team. Not only do I love using the Fandango website, being a Fandango VIP, and using my Fandango gift cards to purchase movie tickets, but I also love the parenting resources they have online. Read more and find out how you can win a gift card to go to the movies!

As my son gets older, he’s getting harder to parent. Sure, there are the expected things like huffing and puffing, complaining about homework, major attitude when TV time is over, and, of course, proclaiming he hates water when he simply wants a soda.

I mean, come on, does anyone really hate water?

Where the difficulty comes in is my attention span. He wants to talk to me, which is super awesome. He likes complaining about his art teacher (and I think he has some valid points). He likes telling me about the latest drama at school. But it’s all the other stuff. Like Pokemon abilities and evolutions. Or Minecraft building. Or Clash of Clans fighting. And the latest is some Adventure Time video card game where apparently he was blessed by Disney magic when he won an extremely rare algebraic card on our most recent trip.

If you’re feeling confused, chalk it up to what I like to call “boy problems.” #boyproblems

Yes, I’m a mom and I love hearing what he’s into. But I’m also a girl. When my husband talks to me about the viscosity of motor oil, my eyes glaze over and tune out. And when it comes to video game details, the same thing happens.

We recently went to the movies as a family and started down the same path. I was as excited as anyone else to go see Avengers: Age of Ultron, but I probably wasn’t as up on my Avengers history as I should have been. In case you didn’t catch my error, the movie is The Age of Ultron, not The Age of Voltron, the cartoon Defender of the Universe.

That’s when I realized that other parents out there might feel just like me. I know enough about superheroes to participate in a conversation and know who’s who in a movie. But I don’t know enough about the Avengers to really talk the talk. If you’re like me, I’m here to help. What Parents Need to Know about The Avengers – A History Lesson

There’s lot to know in the comic book superhero world. I don’t proclaim to be an expert but don’t underestimate what you can learn from Wikipedia. Here are the basics. 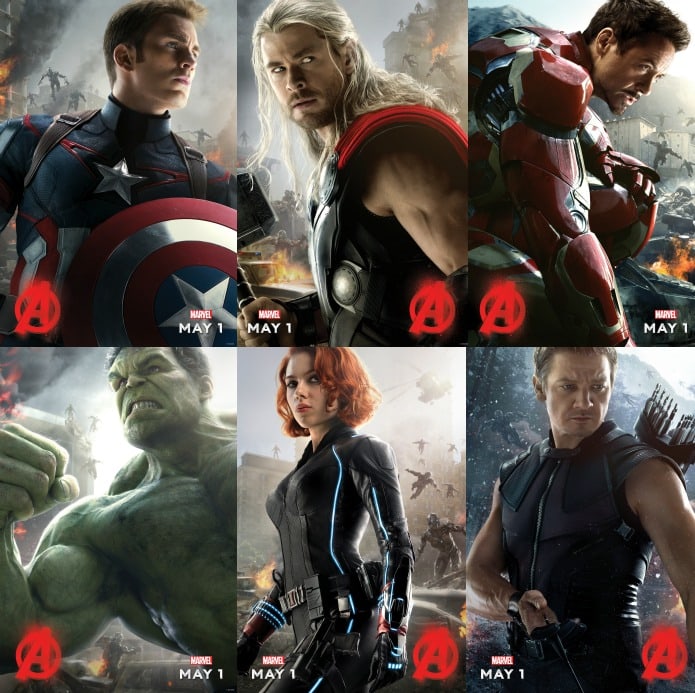 Want the nickel tour of who The Avengers are? Here’s their history.

The purists will kill me for this watered down version but this is just meant to get you through the movies and a few detailed conversations.

And if you go and see the film, you might wonder exactly how your kids have learned so much about the Avengers, even if they’ve never set foot in a comic book store. If they’re like my son, they have the knack to pick up complicated characters and storylines from watching shows like Hulk and the Agents of S.M.A.S.H., Super Hero Squad, and other superhero movies like Guardians of the Galaxy and the namesake movies (Captain America, Iron Man, Thor, etc.).

If you wonder why they can’t remember their vocabulary words or math skills, trust me, they can. Their little brains can hold a lot of knowledge when they want to.

If you’re not sure if this movie is right for you and your family, you can always check out Fandango for the Mom’s Movie Minute. I love this video series that gives you the bottom line on many of the potentially kid-friendly movies out there. I didn’t watch the Mom’s Movie Minute for Avengers: Age of Ultron until after I wrote this post but it pretty much confirms everything I said. Nice to know my mothering skills aren’t too far off!

We cannot wait for Tomorrowland! All of us want to see it- which rarely happens.

Evan was hoping that was going to be the sneak preview at Disney SMMC. But now he’s also dying to see the rest of Inside Out!

My boys were split on which of the two they wanted. Though now all three want to see both!

I don’t even know what Pitch Perfect 1 was. I guess I’m super out of touch. But we’re definitely looking forward to Tomorrowland and Jurassic World! And Star Wars, of course.

We all want to see Tomorrowland, Inside Out, Ant-Man and Jurassic World.

I’m not sure if I know what Ant-Man is but if it’s superhero-related, I’m sure we’ll be there.

You should have seen the preview before Avengers. It’s the new Marvel Superhero movie. He’s the size of an Ant. It’s defiantly one for the whole family.

Looking forward to Tomorrowland and Inside Out!

We got to see about 2/3 of Inside Out and I liked it way more than I thought I would. We’ll definitely be going to see the full thing!

I really want to see Tomorrow land too.

My husband and I want to see San Andreas with the Rock. Hoping for lots of explosions!

Honestly, I’ve been dying to see Mall Cop 2 (LOVE the first one!) but Ian wants to go see Tomorrowland TOMORROW!

Avengers, my husband loves it!

My girls really want to see Inside Out. I think I may even enjoy it, too. 🙂

Entering because there are 3 movies coming out I would like to see: San Andreas; Inside Out and Tomorrowland! Here hoping!

Avery is just like Evan! She knows all things avengers. She and john went and saw it on the Thursday before it officially started! At night! On a school night! Anyway, I would like to see it. And they want to see it again. ?

I can’t wait to see AntMan. It looks like it will be fun.

I really want to see Inside Out with the family, but Avengers is one for date night!

My girls want to see Cinderella again. And probably 100 times mores after that.

Tomorrowland and Inside Out are our picks!

We loved Avengers! I think the movie I’m most looking forward to as a family is Tomorrowland! It looks amazing.

I actually want to see Avengers. And Inside Out!

Tomorrowland should be fun. But I really need to see Pitch Perfect 2 and Entourage. By mah-self. 😉

My husband and I want to see the new Captain America movie.

Joining the chorus for Pitch Perfect 2

My husband and I want to see the new Captain America movie later on in the year!

My family and I want to see Mad Max this weekend.