Move over, Vegamour. Revela Hair Revival Serum is here.
I TRIED IT! Putting the American Wave in my Hair
What I Ate in Portland, Maine
Eastern State Penitentiary is more than a Creepy Prison
CoolSculpting Part 3: The Results!
A Young Life Stolen
CoolSculpting Part 2: The Recovery
Eat, Drink, and Be Merry in Harrisburg and Hershey, Pennsylvania
Sorting Out the Timeline in the Netflix Original DARK – Season 1
CoolSculpting Part 1: The Procedure
Food + Drink

Have a Ball on National Ice Cream Day!

Have I got some good news for you…

It’s Sunday! And while that might typically mean the day when the weekend comes to a close and everyone prepares for the work week (and in some cases, the school week) ahead, the third Sunday in July stands for something different. 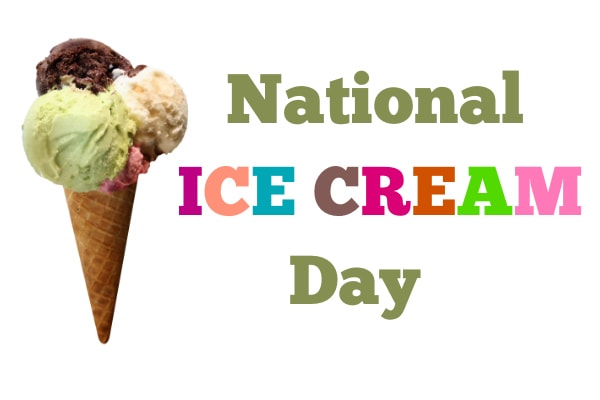 It is, indeed, National Ice Cream Day. I don’t know exactly what that means other than it’s a good excuse to eat ice cream. Or better yet… MAKE ICE CREAM!

Admittedly, I had never made my own ice cream before last Wednesday but when I had a cool product to review (Yay Labs SoftShell Ice Cream Ball (Pint Size)

) and four very antsy boys in the house, I thought it sounded like a good idea. And I have to admit, it tasted even better. The Softshell Ice Cream ball is a traditional style ice cream making with one big exception… how the stirring is done. That’s where the fun comes in.

Take 2 cups of cream (or half & half or milk) and combine it with 2/3 cup  and 2 tablespoons of sugar and 1 1/2 teaspoons of vanilla extract.

That’s it! Combine, stir, pour into the ice cream chamber of the ball, and seal tightly. Turn it over and fill the surrounding chamber with rock salt and ice. (I couldn’t find rock salt so I used coarse kosher salt).

Then comes the fun part. MOVE THAT BALL!

Shake it, roll it, toss it (very carefully), or come up with your own way to put it in motion (a game of hot potato?). After about 10 minutes, you’ll want to open the ice cream chamber and stir the ingredients with a non-metal spoon. Then move that ball for another 10 minutes or so (longer if you’re using a lower fat substitute for the cream) and you’re ready to eat. But why write about it when I can show you in 4 minutes or less exactly how it’s done.

Now, here’s my honest-to-goodness opinion of this product:

It’s messy. Or rather, I’m messy. The ice cream chamber gets filled to the top so stirring can be a bit of a challenge (although I may have waited longer than 10 minutes to do the stirring). I spilled cream on the counter and the ball as well as salt. And when I rinsed the ball on the outside, I made a big mess. This, however, I think would get easier as I got more practice.

But the best part was the end result. I was shocked at how easy it was to make ice cream and at how excited the boys were to help me. And clean up was much easier than I thought. A quick rinse and I was done. Next time, I’d probably go for something a bit lighter, like half-and-half or even coconut milk and maybe add some fruit into the mix.

And that’s the best part. I can change the fat, sugar, flavor, and other nutritional aspects without needing any preservatives. And a pint of ice cream is just enough not to overeat.

I’ve never been a huge ice cream lover but putting it all in my own hands just might change my mind. Disclosure: I was provided a complimentary Softshell Ice Cream ball to facilitate this review. All opinions are, of course, my own. This review contains affiliate links, if you feel so inclined to buy one.

[…] was just a few short days ago that I was celebrating National Ice Cream Day. I was testing out a new ice cream ball for homemade ice cream and I thought that if I was going to […]